Back in late 2006, I was doing my Master’s degree in electrical engineering in Waterloo, Ontario. It was a hot summer, and being a broke student, I was scouring craigslist for a used portable air conditioner on the cheap. Several times a day I would check the 5 or so craigslist cities within driving distance. I quickly grew impatient with this, likely because it was about 90 degrees in my apartment. 🙂 (32 for the other Canadians here.)

Now, the nice thing about a Master’s degree is that there’s only one deadline that really matters, and it’s not generally any time soon.  So I decided to take a bit of time and come up with a solution to my craigslist problem. Not knowing a thing about web design, I got a few books out of the library, and after some hard work, I came up with…. this! 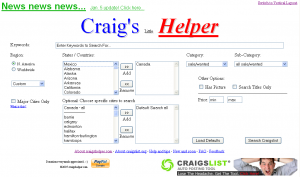 Fortunately I eventually learned a few things, and more importantly got some help from a few fantastic developers who will introduce themselves below. We made a few improvements over the years, so today it’s a bit more presentable!

So, these days I do this stuff full time. This blog will mostly just have sporadic announcements regarding the sites themselves – new features, plans, decisions, etc., – but if you’re interested, we’ll also try to give you a bit of a behind the scenes perspective.

During a degree in Kinesiology, in between studying exercise physiology, psychology and standing on the side of rugby pitches in the rain waiting to stuff a tampon up the next bloody nose, I was fortunate enough to find something I really enjoyed doing – designing for the web. I love working with the rest of the Tempest Team to make the interfaces of our sites intuitive and enjoyable to use. Outside of my time here, I enjoy involvement within my church, riding bicycles quickly (road cycling is my current favourite), running some of the beautiful trails of Vancouver Island and time spent with family. 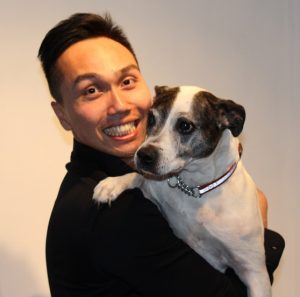 I started out as an accountant in my early careers. I played around with coding on my free time and I totally fell in love with it when a friend of mine showed me a poker app she made. I was inspired to make my own one day! Currently I’m a web developer here at Tempest working alongside  awesome teammates. Outside of work I’m a dedicated volleyball player, a part-time dog owner, and a casual hiker.

A fairly new addition to the team, I’m a full-stack developer who’s been loving working at Tempest since the beginning of 2017. My career has been a bit less varied than the majority of the team thus far, as I spent most of the last decade working at Queen’s University, until I caught a bit of a travel bug and moved out to the west coast after nearly 30 years in Eastern Ontario.

One year there seemed like enough, so I’m right back where I came from- but I sure am glad I made the trip, because I found Tempest while out there!